What should you do if you (or someone you know) gets a sex toy stuck in your/their body?

If you are not able to immediately and easily retrieve the toy, you may need to go to an emergency department to have the toy removed.

If it is a vibrating sex toy, and it has batteries in, even if it wasn’t turned on when you were playing with it, you should go immediately to an emergency department. If the toy is on or turns on while in your body, the motor can overheat and can burn. 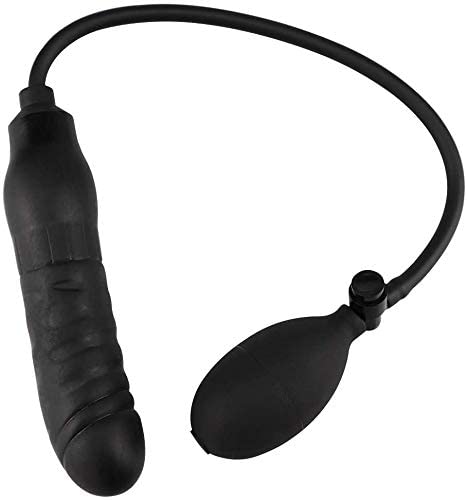 Question: How do they remove things in the emergency room?

Answer: The first thing to know about those now unwanted objects up your or anyone else’s bum is that they’re a common sight in ER departments and something doctors and nurses expect. A night without a misplaced toothbrush or potato is, apparently, not much of a night.

The longer you take to tell the ER people what’s wrong, the longer it will take for them to help you, so the easiest and the best thing you can do is tell the ER people exactly what’s in there, how long it’s been in there, and whether there is anything else that went in before or after it.

Once you’ve spilled the beans (metaphorically speaking), you’ll be assessed to determine whether or not yours is an emergency that needs to be attended to immediately. Depending on how much pain you are in, if you have a fever, and what exactly is stuck up there, you may have to wait or you might be seen right away.

When you’re finally behind the flimsy paper curtain the first step is to determine where the object is in your body. This can be done either by feeling around (both outside and inside your body) or by X-ray if the doctor isn’t able to “visualize” the object.

How they will try to remove the object depends on a number of things, including how far up the object is, what the object is, and any other factors that are relevant at the time (possibly including your body, your health, etc…).

The first course of action is usually to try and remove the object anally either with instruments or the physician’s fingers. Often they will give you local anesthesia to help dilate the rectum and relax the sphincter muscles.

If this is not possible, removal may require surgery under general anesthetic.

Most recently, there was an incident written up involving a stuck toothbrush case. The doctors were unable to feel the object either through the anus or by external exam. They used laparoscopic assistance to both locate the object and to actually push down on the object while simultaneously pulling it out through the anus.

In most cases, these stories end well (although granted, not as well as the individual might originally have hoped for). The major concern is whether there is any tearing in the rectum or colon. This can happen either when an object went in, or as it’s being removed, and if tearing is observed it is considered a surgical emergency.

Let me quote from the final paragraph of the riveting 2005 paper “Laparoscopic-Assisted Rectal Foreign Body Removal: Report of a Case” where doctors Berghoff and Franklin, who were the first to report on the laparoscopic technique prove that medical journal writing need not be without personality:

“To our knowledge, no such case has been reported and this approach should be considered the next time the frequently amusing, but often difficult, rectal foreign body presents itself.”

Myth #1: Sex toys are only for those who have a bad or non-existent sex life, or so the popular opinion goes Facts about sex toys: anyone and everyone you can think of is the type of person who uses sex toys either for...