Occasionally, while browsing sex shop websites, I come across a category called “gay sex toys”. Does this mean that the sex toys are gay? What is it about a sex toy that makes it ‘homosexual’ in the first place?

Of course, it does not take me long to realize that stores do not describe the toys, customers do. There are a large number of sex shops that cater exclusively to homosexual men.

Also, sex shops that want to appeal to all customers try to attract gay men by putting a circle around a collection of sex toys and telling customers that the sex toys are great if they identify as gay.

It’s perfectly fine to target your marketing efforts to a specific demographic (well, actually, if you want to engage in an analysis of capitalism, there is PLENTY wrong with it, but that’s a different article for a different website), and it’s even encouraged.

However, if you believe that the purpose of a sex toy is to provide pleasure, there are a number of issues with choosing sex toys based on a person’s sexual identity or orientation.

This is nothing more than a marketing ploy.

Not all gay men have sex the same way, which is perhaps the most obvious problem. Suggesting that a sex toy is beneficial for gay men almost always results in enforcing a preconceived notion of what gay sex should look like.

Another way to think about gay sex toys is that they should be sex gadgets that can be used by two different penises at the same time.

Again, this may be true in some cases, but not in all cases, and it may never be true for you. Gay men may be single, and looking for a sex toy to use on their own.
Also, gay men may not have the kind of penis that “male sex toys” are designed for.

You should not buy a sex toy that makes you feel like you have to adhere to its specifications when it comes to pleasure. Instead, buy a body-friendly sex toy that works for you just the way you are.

Michael is our the male toy tester at TheToy. He is 34 year-old and has been very extensively studying all things sexual for the past 7 years. He is originally from East-Central Illinois, but currently lives in town of 1000 people in rural Minnesota. 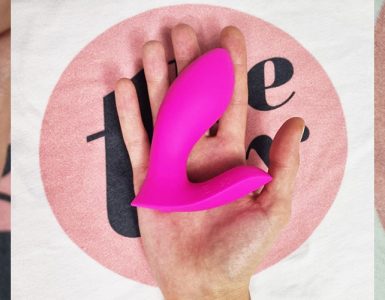 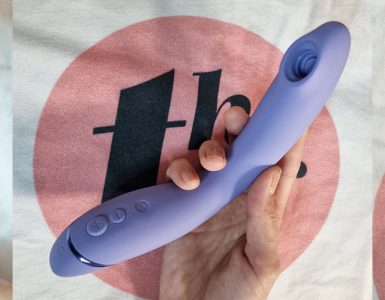 Womanizer OG Review: A Detailed Look, Inside And Out

LELO’s latest addition, the Dot, is an elliptical clitoral stimulator that impressed me with its unique design and functionality. I have never seen anything like it – the Dot has a comfortable grip and a...