Thanks for your email. I’m one of those people who think that medical terms are only helpful if they actually help. For those of us not practicing medicine this means that most of the time they are decidedly unhelpful. Still, I think you did a good job of describing your situation without the help of any medical terms, and I have some thoughts to share. In case you’re interested, I’ll share some of the medical terms, too.

It’s very likely that what you are experiencing is a predictable part of aging, but problems with erections and ejaculation (the medical terms for these problems are erectile dysfunction and ejaculatory dysfunction) could be an early warning sign of something else that’s happening in your body, and even with good health, and no other physical complaints, if you notice something significant has changed with your erections or ejaculation, it’s worth getting a complete physical with your doctor, if you have access to one.

Before we get to what you might be able to do to change your ejaculation situation, I want to get us on the same page in terms of what actually happens before you “shoot”. The physiology of ejaculation is something that scientists are forever learning more about. There are still mysteries yet to be answered, but currently, researchers consider ejaculation to occur in two stages; emission and expulsion. In simple terms, the emission stage is when fluids that originate in both the testes and sex glands move into place and combine to make up semen, which is the fluid that is ejaculated. The expulsion stage is when the semen is expelled or in your words, shot, out of your body through the urethra by muscle contractions.

There isn’t a lot of agreement about how best to qualify or quantify the expulsion stage. Is it a matter of how far the ejaculate goes from the body? Is it about the force of ejaculation, the pressure or speed at which the semen moves through the urethra or through the air once its left the body? And when you feel yourself ejaculating, what is it that you’re feeling? Do you feel the muscle contractions of the orgasm? Are you aware of a fluid actually moving its way through your urethra? If you feel like the force isn’t there, what exactly is it that’s contributing to that perception?

Researchers who study erectile dysfunction do consider the force of ejaculate to be an element of perceived erectile functioning and satisfaction. But there has been almost no published research that has studied, over time, the strength of ejaculation and the distance the semen could go. The truth is that most men probably don’t know how far their ejaculate would travel because it ends up being stopped by some body part or a towel, or something else before it reaches what would be its final destination. This is probably one reason why researchers talk about the perception of force rather than actual strength. It may be less important how far ejaculate would go than how strong or weak your ejaculation feels to you.

There has been more research on semen volume. In fact, if you started your search for information by typing ‘semen’ into a search engine you’ve probably encountered a lot of information and misinformation about ways to increase semen volume. It has been well documented that men who experience erectile dysfunction, as well as all men as they age, perceive that they are ejaculating less. There’s even a medical term for this, perceived ejaculate volume reduction or PEVR for short.

Research has found many things are associated with the perception that one is ejaculating less. Certain medications and some medical conditions are associated with PEVR. There’s an association between experiencing lower urinary tract symptoms and noticing a reduction in ejaculate volume. And sometimes less comes out not because your body is making less semen but because the semen flows into the bladder instead of being expelled out of the body (a response known as retrograde ejaculation).

What Can You Do?

Start by talking with your doctor and getting a complete physical. While it hasn’t been demonstrated scientifically, it’s possible that stronger PC muscles will contribute to more robust distance, so doing kegel exercises (kegel balls are a type of sex toy) to strengthen those muscles may help.

It’s also possible that this is what happens when we age. As we get older our bodies change. We can’t work the same hours, we can’t run as far, and maybe when we ejaculate it doesn’t go as far. So then the question is, can you adapt? If the perception that you ejaculated with a certain force or to a certain distance was indeed a key part of your sexual pleasure, are you open to finding new ways to experience sexual pleasure? 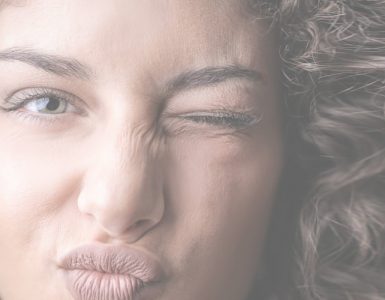 Where is my G Spot

Question: Where is my G Spot? “I have a very simple question: Does the G-spot exist? I’ve looked everywhere, but still can’t find mine! Help!!” Answer: You’d think this would be a simple question, but it...