If you think sex toys were invented in the 20th century then think again! Below you will find a brief history of how sex toys have played a major roll in the world for centuries.

However its shape of a real size penis, the way it is polished and the material that it is made of(siltstone) lead the scientists to believe it was used as a sex toy. (source) 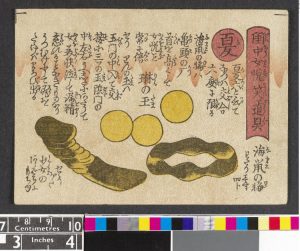 Around 500BC the now famous Ben Wall Balls came into existence in Japan. They were known as Rin no tama. In the original form there was only one ball, and it was designed to enhance a guys pleasure during intercourse.

Eventually they evolved into the familiar toy that we know today, two balls that were designed to help a women improve the strength of her pelvic floor muscles.

First appeared in the West at the end of the 16th century where they were used primarily by men, while in Thailand were being used to promote penis enlargement.(sources 1 & 2) 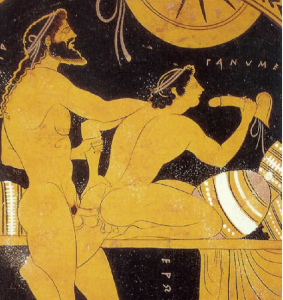 Miletus, in what is now Balat, Turkey, was known as the production and distribution center of the olisbos (from the word meaning to slip or glide).

But the things he makes, all of them, are worthy of Athena; you would believe that you could see her hand, instead of Kerdo’s. He came here with two, Metro! When I saw them, my eyes nearly popped out with desire. The men certainly have no rams like those… And that’s not all: their smoothness – a dream; and the stitches, of down, not of thread! Hunt as you might, you could not find another cobbler so kindly disposed towards women. 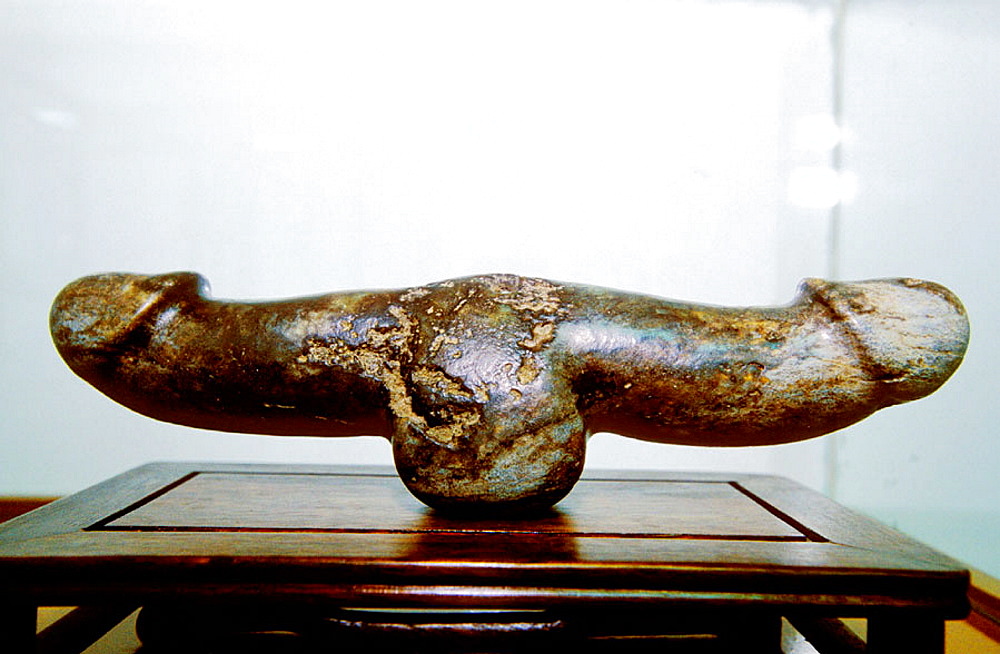 The devices were expensive and thus were purchased mainly by physicians, but there was no obstacle in custom or law to their purchase by any person who could afford them.

George Taylor, M.D., is credited with being the first American to create a steam and foot/hand crank device, in 1880. Taylor’s “Manipulator” simply turned a wheel, which pushed a rod that created a movement on a handle or padded surface. The patient would either hold on to the handle and receive the vibration or oscillations, or sit or stand against the padded surface to receive the movement from the machine.

1917 saw the introduction of KY Jelly. At the time it was designed to aid physicians who were performing pelvic examinations, a function it still serves to this day. However it wasn’t until 1980 that you could buy KY Jelly over the counter. Nowadays there is a veritable smorgasbord of personal lubricants on the market.

As vibrators began to appear in more and more pornographic movies of the time, it became harder and harder for manufacturers to advertise these devices as though they were simply massagers, and slowly but surely they began to disappear from the reputable magazines and mail order catalogs of the day.

With the 1930’s came the discovery of rubber latex, which is tapped from the Hevea tree. This type of rubber has the advantages of being softer, lighter, and more pliable than vulcanized rubber and eventually revolutionized condoms and diaphragms. It also led the way for the development of the still popular latex sex toys.

In 1977, sexual therapist Joanie Blank opened the first store dedicated to vending vibrators in a women-centered, sex-positive environment, which she called “Good Vibrations.”

Alabama follows Georgia’s lead and implements a law outlawing sex toys, punishable by heavy fines and even jail time. Within a few years the law was overturned, despite the state’s argument that women do not have a “fundamental or constitutional right” to items used for sexual pleasure.

In the United States it took until the 2003 Lawrence v. Texas decision for the ban on sex toys to be fully lifted, and in England and most European countries there was never a full legal ban on the books like there was with other items like condoms or birth control.

Today, sex toys are a multi-billion dollar market that is accessible from nearly any place, online or off. And this market is growing from $15 billion in 2015 to $52 billion estimated in 2026.